A LOT of music has come out in the last couple months that I’m just getting around to writing about. Without further ado, here are some quick reviews and highlights to close out 2017!

Jeebanoff’s ‘Karma’ mini album was released on November 29th. I was introduced to Jeebanoff through my friends Danny and Louis. He’s a part of the House on Mars collective. I loved this album. I don’t think I can pick a single favorite song, so I just recommend listening to the whole thing. I do think that ‘Truth’ and ‘Then We’ are probably the tracks I’ve returned to the most. Rising R&B artist Sumin features on the very first track ‘Wish’ while Ambition Musik’s Changmo features on the track ‘Timid’.

After his Coming To You Live release earlier this year, I said that DPR Live would be an artist to keep your eyes on. He did not disappoint, with the release of his single ‘Jasmine’ in the fall, followed by the album Her on December 7th. My favorite tracks on the new album are ‘Martini Blue’ and ‘Text Me’ – both of which you can enjoy with stunning visuals brought to you by DPR Productions (shout out to Christian at DPR for once again directing excellent music videos). Check out the video for ‘Martini Blue’ below! 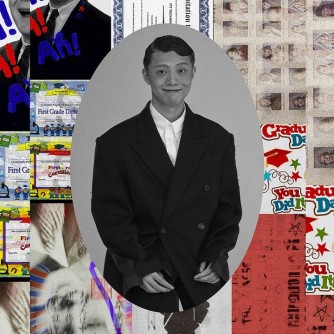 As I’ve mentioned many times before, Giriboy is one of my top favorite Korean hip hop artists. His new album Graduation (released December 20th) gets better every time I listen to it.

Giriboy’s ‘no-boundaries’ production style prevails on this album. The overarching genre is hip hop but there are elements from many genres throughout along with that unique intergalactic quality that Giriboy’s music often has (exemplified on ‘The Graduate’ feat. 죠지 & ‘Vv’ feat. OLNL & Choi LB).

Many tracks on this album were great introductions to artists I’m not familiar with but will now explore for myself (OLNL & Kim Seungmin). The most surprising song on the album in my opinion is ‘TV Star’ feat. Kim Seungmin. It doesn’t really mesh with the rest of the album but this makes sense considering it was previously released as a single.

Epik High released We’ve Done Something Wonderful, their 9th studio album, back on October 23rd. Instead of writing a review here, I’d like to redirect you to this episode of the TLA podcast where my friends and I weighed in with our thoughts on the album:

Check out the music video for ‘Home Is Far Away’ and Love Story’ below!

Woodie Gochild released his debut single ‘Let’s Get It’ on December 15th! He was one of the most entertaining and colorful characters on SMTM this year. I think he fits in perfectly in the H1GHR Music empire.  This song is a bop. He’s not the best rapper so I’m looking forward to growth for him in that area but he definitely loves music and has fun with it.

Crush never disappoints with his vocals. His latest single ‘By Be My Side’ is basically an ode to multi-genre band Earth, Wind, and Fire with Crush’s own flavor blended in. I can’t wait to see him in concert again.

On December 4th, Zion. T collaborated with renowned singer-songwriter Lee Moon Sae to bless us with another beautiful track for the winter season. If you didn’t get a chance to read my review of his album OO earlier this year, you can check it out here. 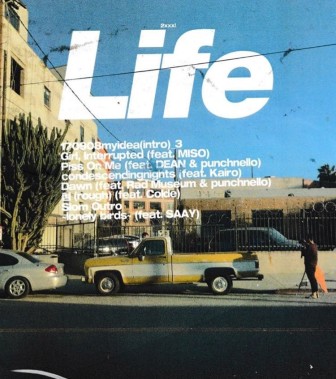 Golden delivery from DEAN as per usual on ‘Piss On Me’ with a solid verse from Punchnello, though I wish it had been longer. I really dig 2xxx!’s musical style. ‘condescendingnights’ is soooo short but probably my second favorite track on the album.

‘Dawn’ is surprising sound-wise in light of the rest of the album – it has a darker mood to it. I do a double take every time punchnello’s verse starts because he sounds like Woo Won Jae to me.

Moving on, I hope a full finished version of ‘Island’ is released in the future! I’ve been a fan of Colde’s voice since seeing offonoff in concert so I’m glad this feature happened. ‘Slom Outro’ slows things down but the album closes with ‘~lonely birds~ featuring R&B vocalist SAAY. I love this track’s slight house beat and the uplifting note it ends the album on.

Car, The Garden’s latest album Apartment was released on December 12th. I think Give Me Love was the last Car, The Garden release I covered. To highlight a few tracks I think are definitely worth a listen: ‘Island feat. Oh Hyuk’, ‘Beyond feat. O3ohn’, ‘Mother’, and ‘Together’.

Dumbfoundead released his highly anticipated Rocket Man EP on December 8th. It has been a busy year for Dumbfoundead. I feel like he was flying between Korean and L.A like every other month. Every song is characteristically ‘Dumb’ but I think he explored some new styles this time around and I respect that. In an email exchange with Complex, Dumbfoundead shared this about the new album:

“This Rocket Man EP had me thinking about my dad and mom coming to this country as immigrants. I tried to think from their perspectives – they’ve made a lot of mistakes, so this is not just about the ‘triumphant immigrant’ … it’s me turning up, getting ratchet! I don’t want to tell just the immigrant success story, this is about everything going on right now and how we have to survive. We have to be confident and strong during these times, but we’re made up of more than just our success stories.”

The title track is fire of course but my favorite song is probably ‘P.A.A.C. (Protect At All Cost)’. Check out the music video for ‘Every Last Drop’ below.

On Christmas Day, G. Soul gave us two new tracks – ‘No Answer’ and ‘I’ll Be There’ – as a parting gift right before his enlistment in the army. G. Soul delivered great music to us all year and I wish him the best during his time in the army.

Quick shout out to GroovyRoom for all the music they produced this year! Check out their 2017 discography below:

Last but certainly not least, DEAN released his new single ‘Instagram’ on December 26th. Fans are praising the artist for his vulnerability and for his relatable lyrics in the new song. ‘Instagram’ received a certified all-kill on the Korean music charts this week. Watch DEAN talk about his new single (soon to be if not already available on most music portals) in this interview:

It’s been a year full of great music! Thanks so much for reading and Happy New Year!