Posted on December 20, 2017December 20, 2017 by Shaina Posted in Artist Interviews, Check ItTagged brown, 그랬으면 해, 수민, 온스테이지, jinbo, luv jones records, mirrorball, Music Videos, naver onstage, PERC%NT, sparkling, sumin, yun b
I’m so thankful to have had the opportunity to interview one of my favorite artists of 2017! It took a lot of self-control to keep myself from putting the word ‘QUEEN’ in all caps in the title of this piece haha. Many thanks to Sumin for being so kind and responding to my interview request! Please check out my Artist Highlight on Sumin if you are unfamiliar with her. Shout out to my friends Cree and Moojin for all of their wonderful translation work ❤

Hi, I’m Sumin. I am a singer-songwriter, producer, and art director.

How would you describe your music? What or who has inspired your style the most?

My music foundation has come from 90’s to 2000’s American and Japanese R&B. Using that as a base, I’m working hard to try and create a new sound. The artists that have most influenced me are Michael Jackson, Prince, Stevie Wonder, Chaka Khan, Earth,Wind & Fire, Quincy Jones, Robert Glasper, Pomrad, KNOWER, Boa, Jinbo, and many more. They are all such amazing artists.

In an interview with Arirang, you mentioned that you love 90s/early 2000s R&B. What are some of your favorite artists from that era?

Adding on to question two, all of those artists plus Destiny’s Child, Tamia, Brandy, Monica, Kelly Price, and Janet Jackson.

What is your favorite part of the process of creating an album?

Creating an album always gives me happiness. But if I were to expand on that, I think the best moments are when I have a clear reason for why I made a certain part of a song and my fellow musicians that I respect have fun with it, understand it, and connect with it.

What is your favorite song on your Sparkling album?

I love all three songs. Surprisingly, the song ‘그랬으면 해 feat. PERC%NT’ is the one that I have an attachment to. It’s about a very innocent love and because of that it’s definitely different from the other songs. The way I sing it and the overall feel is a bit different. It gets me in my feels.

How did you decide to collaborate with Hoody and PERC%NT?

In Hoody’s case, I went to see a performance at a club called CakeShop and randomly got to see her live. It was then I wanted to make music with her one day. Then I got to meet her at Kirin’s 8Ball Town 1 Year Party. We introduced ourselves and shared our contact information, then started talking. The funny thing is, as we were getting to know each other we found out that we happened to be from the same area, same elementary school, and same neighborhood. After that we were able to get closer and we started talking about music and shared music we were working on. Among those songs, there was a specific track I told her would be a great fit for her and she happily agreed to hop on it. She not only has a great voice but also a really amazing personality.

For PERC%NT, we know each other from college. Ever since I was a freshman, I feel like [we] always had a connection and he was one of my friends that I always wanted to work with. One of the biggest reasons I wanted to work with him is because he understands himself. He knows how to express himself on stage, how to sing a song, how to play the guitar so that the music is enjoyable. Also, personally I think the way he is a pro at creating his catchy melodies and riffs. Not to mention, he’s very kind and has a good heart. Whenever I talk about music with PERC%NT, I feel like I’m talking to a clone of myself. We consistently send music that we produce to each other for feedback and he really understands the direction I want to go with my music. There no reason I shouldn’t collaborate with a friend like this, right?

This summer, you performed at the NBA Buzzer Beat Festival. What was that experience like?

What song do you listen to often these days?

Recently I’ve listen to Lemon by N.E.RD a lot. Like over and over again. Let me know if you know a way to help me with my addiction.

Do you have any hobbies other than music?

I like taking strange and funny pictures. That’s why if anyone took my cell phone, I would probably be screwed.

How do you feel about the spread of Korean hip hop/music globally?

I think what’s going on is so great. Even 10 years ago, there were only a couple of major companies and thus only a few major artists that monopolized the industry. But now, a lot of different artists and management labels are breaking the existing framework and making a lot of effort to promote overseas as well. I think it’s great! And obviously, this is benefiting and affecting me as well. 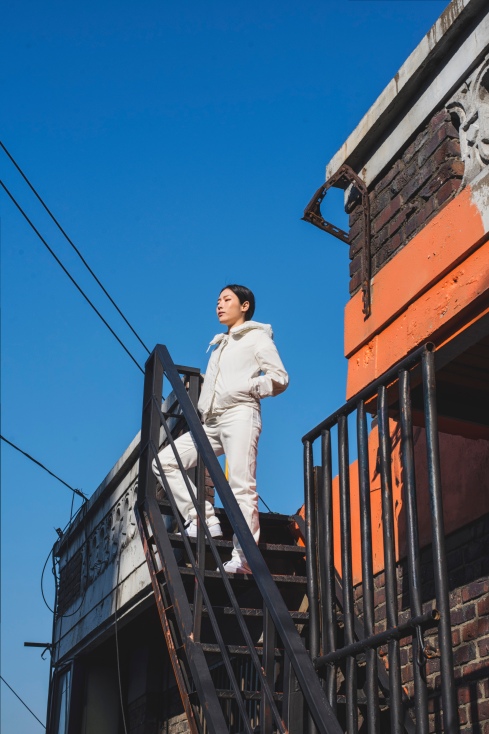 Since this interview, Sumin released a new single album titled ‘Mirrorball’. From THE CUT:
A triple threat acting as singer, writer and producer, Sumin’s multiple talents are showcased in [Mirrorball]. The sound bends genres with soulful vocals, electronic vibes and the remix includes a feature by Hilite recording artist YunB. Although this is her first release after dropping “Sparkling” back in June, Sumin has been staying active not only with features but as a producer/writer as well.

Check out the music video below! There is also an official remix featuring artist YunB (audio below) You can find Mirrorball on Apple Music.
Below are also links to Naver Onstage performances by Sumin from November! Make sure to follow Sumin on Instagram here.  Thanks for reading!

One thought on “Creating ‘A New Sound’ in the Korean R&B Scene: SUMIN [Artist Interview](ENG Version)”