On Sunday, November 5th, rapper BewhY performed at the House of Blues in Chicago as a part of his first U.S. tour! I was able to go and enjoy the show with friends so I wanted to (finally) write up a quick review! On episode 18 of The TLA Podcast, I gave a short recap of my experience of the show that you can listen to here (starts @ 49:55).

The entire crowd at the concert packed into the ground floor of the House of Blues venue with the exception of a few people who paid more to enjoy the show from the balcony. It was a smaller crowd than other Korean rap shows I’ve been to, but I think because of that everyone there was truly a fan of BewhY of his music. There was an energy in the room that stayed there throughout the show which made it one of the most fun concerts I’ve been to. 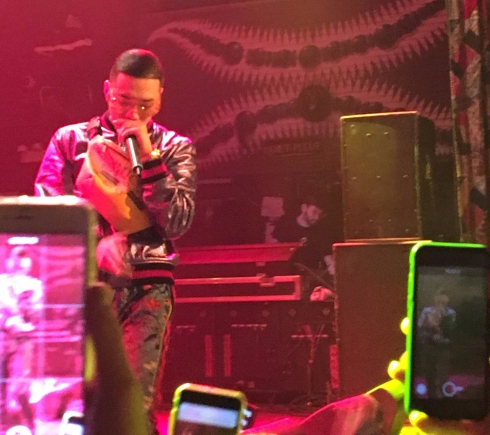 BewhY’s stage presence is incredible. I experienced this for the first time back when I saw BewhY during the Chicago stop of the Show Me The Money tour last year. His ability to capture an audience with his skillful, no-frills delivery was that much more impressive this time around.

BewhY kicked the show off with songs from his new album ‘The Blind Star‘, later moving into performing some of his older releases and getting the crowd hyped with the Show Me The Money singles that boosted his popularity.

I loved that BewhY paused during the show a couple times to talk to the audience and tell us more about the meaning behind some of his songs, like 9ucci Bank, Hewgeso, and The Blind Star.

I won’t give an exhaustive list of what was performed but here are some video clips from the show (watch in HD)!