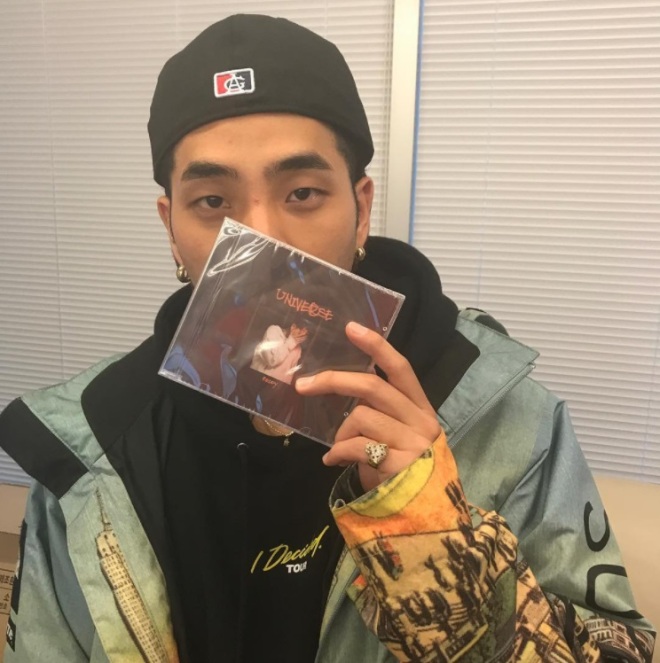 Reddy’s latest album Universe dropped last month and this summer he and G2 will be doing a joint North American tour! Check out the details below. 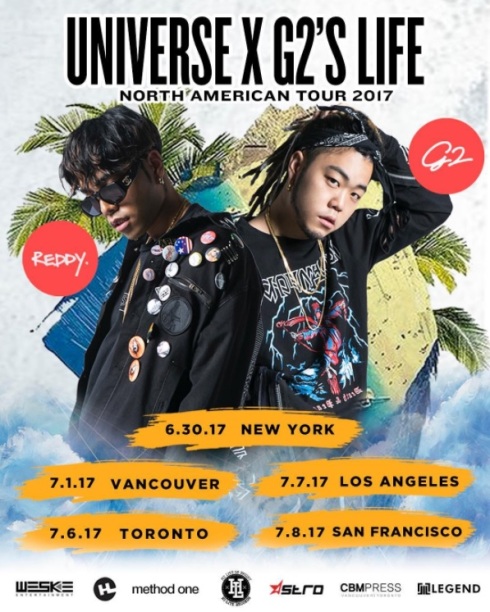 Disappointed to see he won’t be coming to Chicago but only slightly because I have no more money to spend on concerts T.T

The Universe album has a total of 8 songs. ‘My Lite (feat. A.C.T.)’ was previously released as a single. ‘Supreme’ is accompanied by a music video (watch below). There are many guest artists on this album, including Reddy’s SMTM5 buddy Killagramz on ‘Complicated’. ‘Amazing’, no doubt inspired by Chance the Rapper (right??), is unlike anything Reddy has released before. I’m not sure if it fits him but I always appreciate artists stretching themselves and doing risky new things.

Here are some of my favorite tracks on the album:

The New Birth feat. G.Soul  – I’m never disappointed when G.Soul collaborates with a rapper. I think out of all the Hilite artists, Paloalto’s love of jazz has influenced Reddy the most.

Moscato d’Asti is an unexpected jam. Yes, I am willing to overlook the fact that Chancellor is currently on my blacklist for the sake of this track. With this song, Reddy is jumping on that dancehall inspired wave that’s ubiquitous in popular music these days but I’m not mad at him.

It’s Alright is Hilite Records at its best. Reddy and G2 compliment each other so well. This song has a similar vibe to ‘Victories’ (on Paloalto’s last album) which makes me wonder if it was also produced by YunB.

Do My Thing is another solid track. I think Reddy’s flow best matches this music style and Cheetah’s vocals help bring it all together. A highlight of this track for me is uncle Paloalto’s verse. Check out a live version of the song courtesy of Dingo Music: