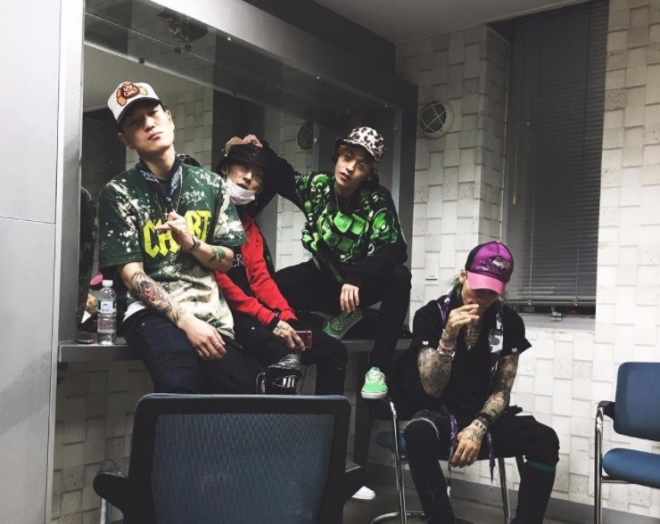 Haha okay sooooo Okasian and Bryan Cha$e are pretty weird characters BUT their recent mixtape with B-Free is fire. Their Dis//Connect mixtape was released in May. Okasian has reportedly joined YG’s The Black Label and Bryan Cha$e is definitely unofficially if not officially affiliated with the label. While only Bryan and Okasian are featured on the album artwork, the presentation of the album on SoundCloud suggests the mixtape was also a collaboration with rapper B-Free. B-Free is featured on a few of the songs and also teased the mixtape a lot on his Instagram account:

I featured Bryan Cha$e and B-Free’s song ‘Takeoff‘ a while back. It is featured on the album as well as a remix featuring Okasian. ‘Underwater Bank’ and ‘Walkin (Remix)’, featured in 88Rising’s The Last Orcas series, are also on the album.

My favorite songs on the mixtape are ‘Takeoff’, ‘Underwater Bank’, ‘Bet They Know’, and ‘Catch Up’.  You can listen to the whole mixtape on SoundCloud (linked below). Which tracks do you like the most?