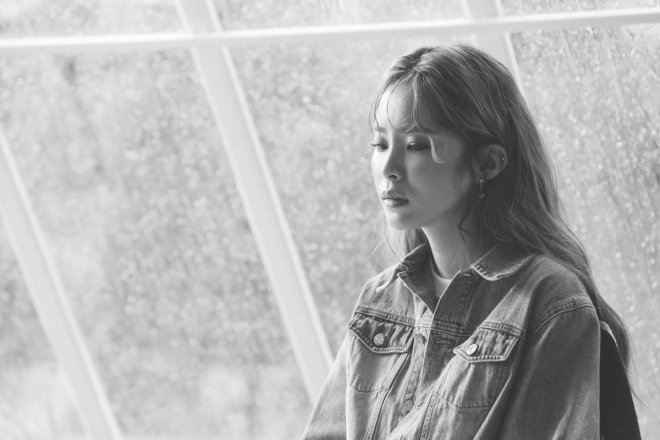 At the end of last month, hip hop artist Heize released her new EP ‘너 먹구름 비’ (roughly translated ‘You, Dark Clouds, Rain’). If you’re not familiar with Heize, her music is a blend of rap, R&B, and pop. She sings and raps on this album. Check out the track list below! 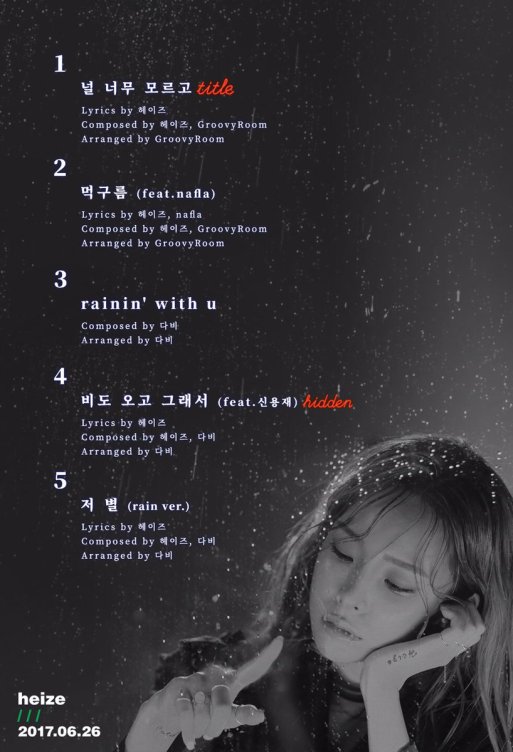 Here’s a quick review of the album track-by-track!

The first two songs, Don’t Know You and Dark Clouds, were produced by GroovyRoom. That’s always a good sign. Don’t Know You has a similar mood to Heize’s song ‘And July’ with DEAN released last year. You can find the lyrics here. There’s a fun music video to match this upbeat track.

Dark Clouds is probably my favorite song on the album. It’s most definitely dance-worthy. It features rapper Nafla, who adds a nice flavor to any track he’s on.

Rainin’ WIth U is a nice instrumental interlude that provides a bit of a mood switch.

This is followed by You, Clouds, Rain featuring vocalist Shin Yong Jae. This song showcases Heize’s versatile talent. Shin Yong Jae is a part of 90’s Korean R&B group 4Men. He has an excellent voice and he and and Heize sound great together.

The last song on the album is a remix of a track Heize released last year titled Star (Rain Ver.) I like this version a lot.

Overall, I was pleasantly surprised by this album! Every track is solid. Make sure to check it out on Apple Music or iTunes.