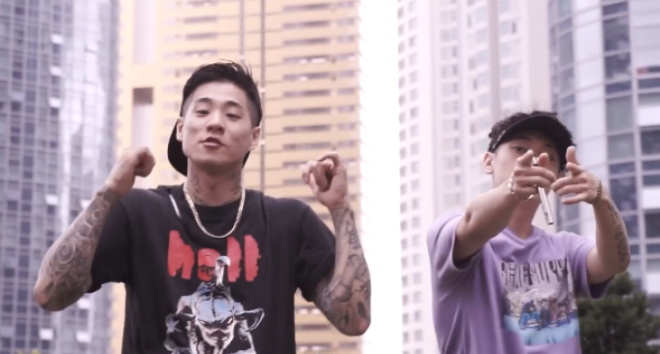 As you read this post, I highly recommend checking out the in-depth articles I pulled from (I’ve linked them throughout).

According to Wikipedia (I know, I know, but I had to start somewhere…), trap music originated in the early 90s but the music genre we know today as ‘Trap’ was largely birthed through a second wave in 2012.

Created in the South, particularly Houston, Memphis and of course Atlanta, trap music is known for its use of the 808 drum machine, heavy bass, lots of synthesizers, and “ominous, bleak, gritty and belligerent lyrical content”. Originally directly related to THE ‘trap’ – a location where drug activity (drug use, drug concoction, drug deals) takes place, trap wasn’t mainstream music until “drug dealer personas”, the likes of T.I., Gucci Mane and Rick Ross, got involved, along with DJs and EDM producers.

One of the earliest Trap tracks is “Pocket Full of Stones” from UGK’s 1992 ‘Too Hard to Swallow’ album. Wikipedia names a lot of producers who participated in the second wave of Trap music, one of them being Shawty Redd who created Young Jeezy’s “U Know What It Is” – you can listen to this sample from the Wiki page.
Urban Dictionary provides a ‘Trap music’ recipe for those of us less familiar with music (this is more accurate for EDM trap):

Here’s another good article about trap music’s origins and evolution.

In America, trap’s more recent mainstream appeal (particularly it’s appeal to a young white audience) is due to its incorporation into the dance/EDM scene while trap rap is completely different. This gets confusing though because so much music nowadays is indiscriminately thrown into the ‘trap’ category.

The subtitle of Miles Raymer’s article “Who owns trap?” for the Chicago Reader captures this tension: ‘Does music born of Dirty South drug wars have any place in squeaky-clean dance clubs?’. Raymer discusses the difference between trap and EDM, which he describes as “druggy paranoia” vs “druggy euphoria”. He credits the site Soundcloud for trap music’s rapid increase in popularity and this is probably how it spread to other countries as well. Here’s a great quote examining trap in the U.S.:

“Say what you will about trap rappers, but their violent lyrics are at least potentially rooted in real-world experiences. Trap music’s popularity among white hipsters from middle-class backgrounds—the same demographic that flipped out over trap rap a few years ago—can easily look voyeuristic or exploitative. The very fact that the term “trap” has been adopted by a privileged class—people who probably can’t imagine what it would take to drive someone to deal crack—is rankling to some.”

Before we look at trap music in Korea, I thought it’d be interesting to have another country and cultural context to compare it to. Apparently Russian trap is a thing. It’s fascinating…according to this article (the title alone is A+) there are some Russian artists who have somehow collaborated with Atlanta producers and DJs to create music.

Andrew Friedman, the author, mentions a website that acts as a Russian resource for all things trap (similar to Korea’s HipHop LE I imagine). Friedman makes the claim that “trap’s appeal in Russia is not merely aesthetic”:

“Although not exactly explicitly stated, trap rap can trace its roots to the Bush administration’s coddling of the super-rich and disdain for the underclass (not to [mention] the subtle racism of Republican supporters). The response was a sort of nihilistic capitalism: with the straight and narrow leading through hostile territory, dope boys doubled down on their hustle. Young Jeezy’s Thug Motivation 101 (released in 2005) and pioneering trap albums like it pared away most of the emotional complexity and difficult ethical questions of moving weight, not for lack of empathy but out of necessity.”

Their “subtle” racism huh? I found this interpretation of what prompted Trap’s second wave a bit shallow but let’s go with it. Considering Trap’s origins, Friedman calls Russia a “natural fit” for the music:

“…from tsarist regimes to corrupt communists to Putin’s military plutocracy, the country is no stranger to astronomical wealth gaps, apathetic rulers or a lack of upward mobility. Russia has the crime, isolation and lack of opportunity that created the trap in the first place… Sil-A described his distant, polluted hometown of Magnitogorsk (“magnetic mountain”) as “typical for the Russian streets… guys on heroin, alcohol and police”.”

So according to Friedman’s observation, trap has appeal for those who have witnessed/experienced being literally trapped in the drug hustle AND for those who can relate to a sense of general frustration because of poverty, crime, and lack of social mobility. Interesting.

So the question is, are these elements present in Korean society and if so what is the result? Maybe some Russians do turn to hard drugs but does this happen in Korea? You’d be hard pressed to find an album cover by a Korean artist similar to the one below.

Can Korean artists relate to the themes behind trap despite the absence of drugs?

There’s an excellent article written in 2012 by David Drake for Complex entitled “Real Trap Sh*t? The Commodification of Southern Rap’s Drug-Fueled Subgenre”. You really should read the whole thing but here’s an important excerpt:

“Though it may seem anathema in the Rap Genius era, the original meanings of “trap” in a hip-hop context are difficult to nail down because the term has always hinted at multiple meanings. It is, in a literal sense, the place where drugs are sold, but could also imply something about the mentality of the people working there, or the nature of the work itself, or the hopelessness that propels people into those situations.”

Drake continues on to explore the complicated authenticity and ethical issues that come with performing street-rap. Before concluding that dance/EDM and rap “trap” music should simply be separate generes, he says this:

“Trap is reduced to particular drum patterns and surface-level references: mixtape DJ drops repurposed, irreverent gun talk, empty cultural touchpoints. Aside from the reckless gun talk, which is insensitive at best, there’s nothing wrong with music that takes influences from street-oriented hip-hop. Obviously, rap has long been a crucible of musical innovation.

Apart from random gun shot sounds incorporated into the tracks and occasionally holding cell phones like weapons (see the ‘It G Ma‘ music video or listen to the track below), I don’t think I have yet come across any explicit mention of violence in Korean trap music.

https://soundcloud.com/scionav/keith-ape-camo
As far as drugs go, Korean conservatism is the main limiting factor. Reddy and B-Free’s song ‘I Wish’ released last year is one of the few songs I know of that has explicitly mentioned weed while many artists vaguely reference being high, like Loco’s song ‘High’ with Konsoul. In ‘It G Ma’ Keith Ape does mention codeine. Let alone hard drugs, getting caught with weed in Korea is a serious offense.

A few Korean music celebrities have been in the news in the last couple years because of drug accusations. Many know of G-Dragon’s marijuana scandal and Park Bom’s illegal drug scandal. One of the most prominent cases is rapper E-Sens from Supreme Team, who was been arrested a total of three times for using and purchasing weed. He was first charged with smoking marijuana in 2012. He managed to avoid jail time then but was also sentenced to probation, community service and 40 hours of drug addiction treatment.

On the EatYourKimchi blog, you can find a list of other celebrities who have received drug-related charges. The most serious rumored case was of a YG promoter who was supposedly arrested for cocaine use in June. One of the friends of the writers of the blog had to straight up leave the country because her drug use was discovered.

This is a great article from the Korean Herald on Korea’s drug policy. This particular tidbit blew my mind:

“The Act on the Control of Narcotics of 2000 allows for habitual sellers of banned substances to receive the death penalty, while smuggling can carry life imprisonment.”

Yikes. Korea doesn’t play. Many comments from readers suggest that in addition to the strict laws and consequences, the social stigma for drug use is enough to discourage most people.

So perhaps Korean artists emulating American trap aren’t aware that the trap is an actual place in many cities and are completely unaware of the realities of the drug scene and the social, political, economic and racial issues that have helped create it. Many American fans of trap aren’t even aware of these things.

For numerous reasons, Korea may not have America’s drug problem but a high suicide rate is one of the more well-known manifestations of societal issues in Korea. Frustration with society and Korea’s conservative standards, the tough education system, and limited paths to social mobility and wealth have no doubt drawn some artists in Korea to hip hop as a genre in general.

Like other forms of hip hop, Trap was musically appealing and so artists ran with it, imitating it the best they could while having to stay within certain boundaries as set by Korean society. What I am sure of now is that even if there was a true trap somewhere in Korea there’s absolutely no way we would know about it.

And now, something somewhat tangential but fantastic nonetheless. In the midst of my trap music research I discovered the Trap Music Orchestra, created by an alumni of the Berklee College of Music. I am hoping to post an interview with the group’s director Ryan Easter super soon. In the meantime, check them out:

Would love to hear your thoughts and opinions on this topic so please comment!

One thought on “What Trap? The Rise of The Genre in Zero-Tolerance Korea”