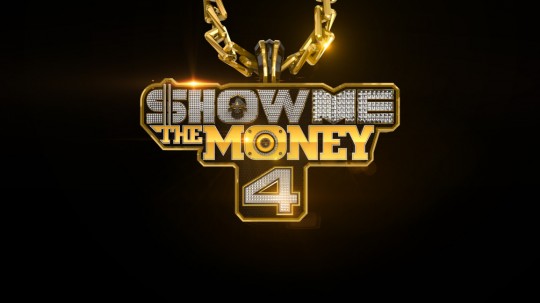 The 4th season of popular rap competition Show Me The Money has officially kicked off and I’m sitting over here waiting for English subs of the first episode like:

In the meantime, since this is my first time actually watching the program, I thought I’d write up a short introduction to the show this season.

Show Me The Money started in 2012, and the first season’s winner Loco (now with AOMG) is a judge this season. Joining Loco as judges are 8 other prominent hip hop artists: Jay Park with AOMG, Paloalto and Zico, San E and Verbal Jint from Brand New Music, and Tablo and duo Jinusean from YG. It seems that every season of SMTM has its fair share of drama and Tablo reportedly almost didn’t participate this time around because of controversies last season. Like any reality tv show, drama is inevitable but here’s hoping that this season contestants are portrayed fairly and any dropping of the ‘n-word’ will be avoided.

Here’s how the show is formatted (summary from Wikipedia):

The concept of the show is to select a group of promising rappers from open auditions and whittle down that number through various assignments, with contestant survival dependent on the “producers,” a group of experienced rappers who also serve as mentors. Eventually the rappers are divided into small teams headed by those producers. From there each contestant will face a different team’s rapper in head-to-head single-elimination rounds where survival in the competition is dependent on votes from a live studio audience.

This season many “idol rappers” (rappers who are already established members of k-pop groups) participated in auditions and as to be expected, tension surfaced between some of the underground rapper and idol rapper contestants. A good number of idol rappers were heavily involved in the underground scene before debuting so I’m not sure why there always has to be so much beef between them and underground rappers. The beauty of a show like Show Me The Money is that no matter where they’re coming from artists now have an opportunity to prove themselves and show their talent as individuals on a new platform.

Song Min Ho (better known as Mino) from Winner is already a favorite this season, gaining popularity for his participation on Epik High’s Born Hater. I like Mino a lot and I think that like Rap Monstar, he could be the next idol rapper to make a name for himself in the Korean hip hop music world.

I’m not sure if this source is 100% correct but it lists some other well known rappers who made it past auditions and gives some background on their careers. It’s already a great overview so here I’m only going to mention the contestants I’m most looking forward to this season.

As an artist who is considered to be a veteran in the underground hip hop scene, I’m not sure why P-Type is appearing on the show to be honest. Fueled by his frustration with hip hop being a “trend” in Korea, he could be appearing on the show to school the younger ones on what hip hop is really about. I’m not that familiar with P-Type but have listened to some of his latest release ‘Street Poetry’. He definitely has a unique style that I’m not sure will be popular with the SMTM audience so it’ll be interesting to see how he fares this season.

I’m excited for Andup and Hanhae because I’ve heard a lot about them but haven’t heard a lot of their music. Microdot was a part of ALLBLACK with Dok2 and I think he’s from New Zealand. He was born in Korea and raps fluently in English but I have yet to hear him rap in Korean. His success on the show may depend on his ability to do so and it’ll be interesting to watch him go against the other Korean contestants.

And then there’s this contingent of “flower boy” rappers – One (Jaewon) from 1Punch, Kim Min Jae, a rookie actor and Vernon from Seventeen.

I still don’t really know what to think about 1Punch but I’m glad to see One is on the show. Kim Min Jae and Vernon HAVE to be two of the youngest contestants on the show, they definitely look like it. Vernon is half-Korean and moved to Korea from New York at the age of 5. I know you can’t judge a book by it’s cover but he looks like he could’ve been the 6th member of One Direction…

Two contestants to watch will be Jucy from EvoL and Taewoon from SPEED, who is Zico‘s older brother. I do hope he’s less problematic than his younger brother…Only time will tell.

Last but not least we have Canadian rapper K9 who came in second place in Epik High’s Born Hater cover contest. I couldn’t find much about him online at all so I’m sure the show will be great exposure for him.

I’ll be posting recaps of each episode of the show this summer so keep coming back here to see who comes out on top in the end!

4 thoughts on “Show Me The Money 4: A Beginner’s Guide”