Beenzino’s new track ‘어쩌라고 (So What)’ dropped on midnight Wednesday in Korea. Beenzino has been teasing the song on his Instagram for the past week and expectations from fans were high. I think the video is more low-key with less production than people were expecting, but make no mistake, Zino’s usual swagger and style is still there. It’s kind of nice to be able to focus on mainly his voice without all the bells and whistles.

It has a “Beyonce-7/11-I’m-talented-and-can-do-whatever-I-want” feel to it if you will. I love how non-Korean speaking fans have a sixth sense when it comes to a diss track (like these Youtube commenters):

Looks like they were right. Check the lyrics here: http://popgasa.com/2015/03/10/beenzino-so-what-… In a similar vein, on Sunday Jay Park released “All I Got Time For” produced by vv:D/AOMG buddy Gray. Fans can complain in the comments about the simplicity of Jay’s lyrics all they want but my main focus was Gray slaying on the keyboard. I’m in love with this beat. Jay’s love for himself is nothing new and it was nice to have a full English rap. Gray is a talented young man and I look forward to more from him soon.

The Planet Shiver duo is fairly new to me but when I checked my iTunes I actually had some of their work with Epik High and Leessang in my library. The dance/electronic group’s collaboration with Crush is golden. So so so glad to witness even more vocal maturity from Crush following 그냥 with Zion. T. Please check out the music video for ‘Rainbow’ below as well as the folk version with an introduction from the group themselves. 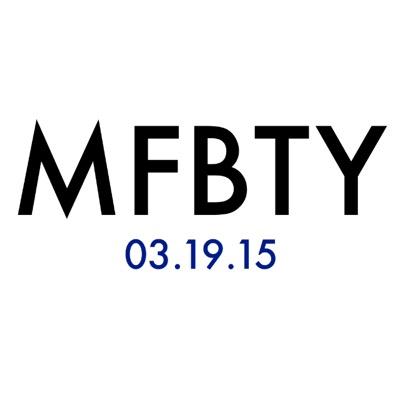 Last but CERTAINLY not least, MFBTY is dropping a new album next week!! With promising features from the likes of Rapmon (on a role since his Warren G collab) and none other than Dok2. Read more about it from this fantastic blog devoted to MFBTY’s international fans: http://drunkentigerintl.com/2015/03/10/news-full-list-of-mfbtyalbum-features-…